Blair and TJ met while working for the same software startup in Washington, DC. She thought he was a jerk who wouldn't talk to her, he thought she was really pretty and was too nervous about messing up his new job to strike up a conversation.

A coworker (who did a reading at the wedding!) sensed the connection they had and took them to happy hour, paying for the couple's drinks then disappearing. Blair was dead set against dating someone she worked with, but TJ was persistent. It only took him a week to get her to agree to a date, and a week later they were officially a couple and inseparable!

TJ proposed at Hank's Oyster Bar in DC (Blair loves oysters!) after dinner with both sets of parents in attendance. He then whisked Blair to the restaurant's outdoor bar where their friends were waiting to celebrate with them! TJ's college hockey coach officiated their wedding, and Blair got her oyster bar stocked with local Maryland oysters and all the fixin's. 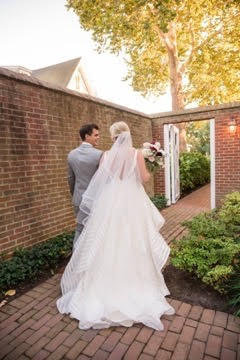 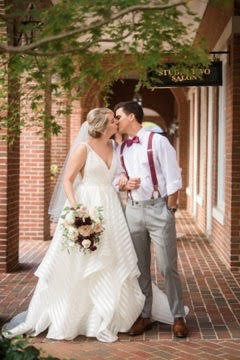 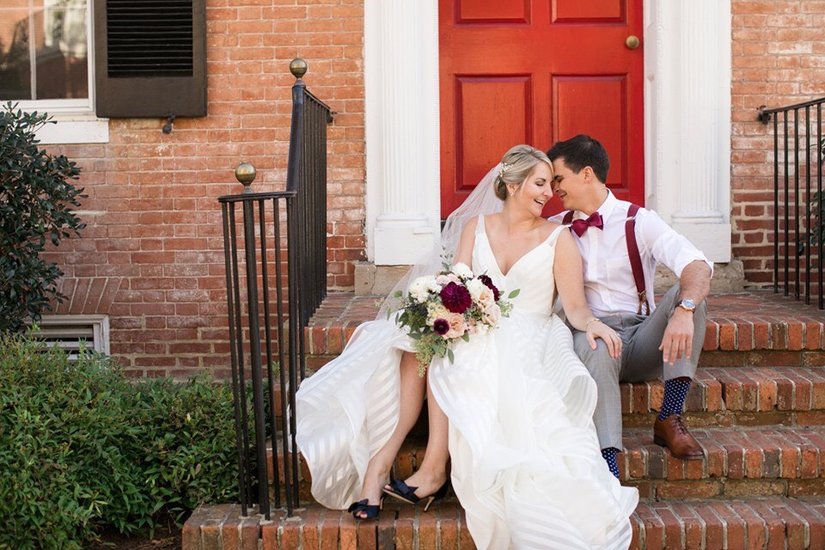 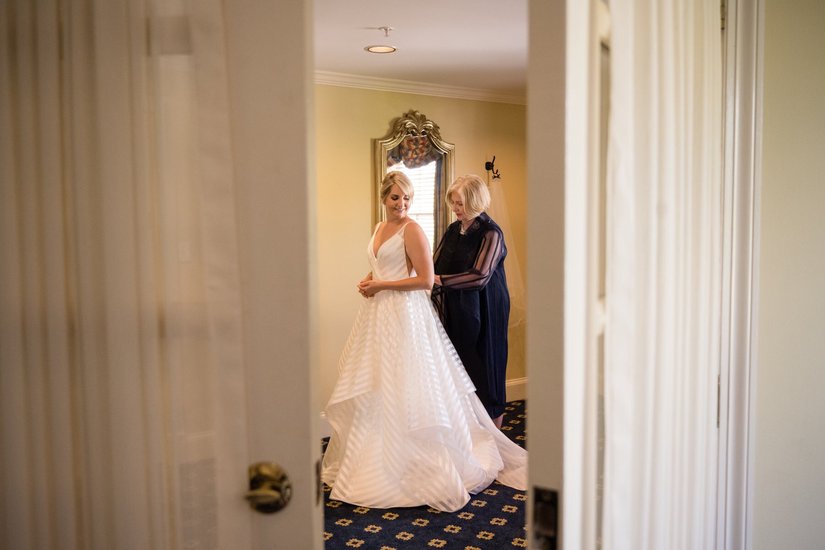 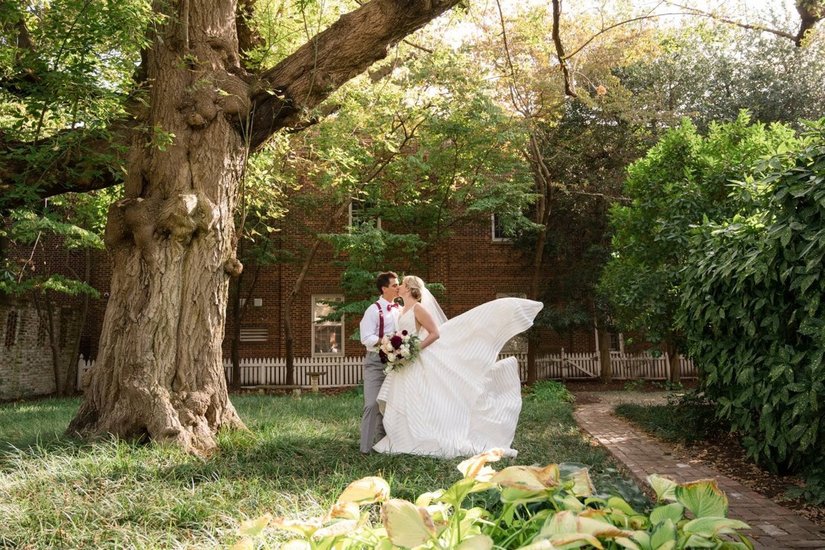 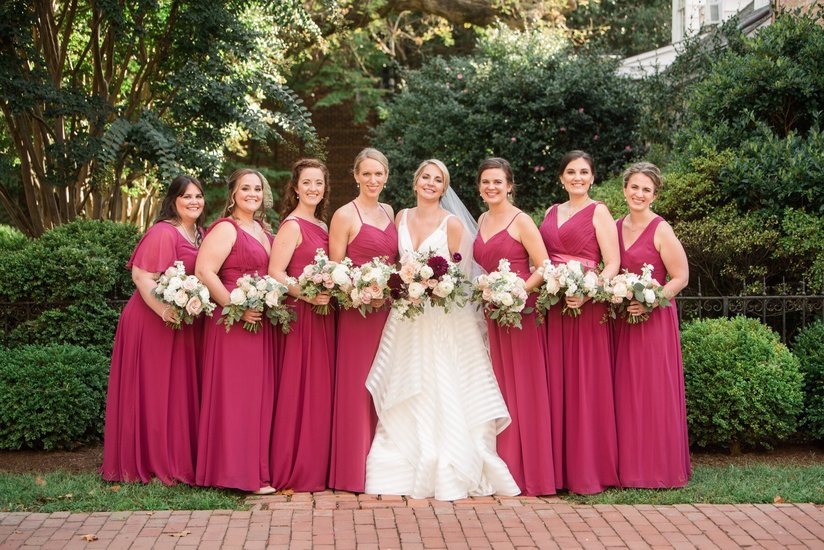 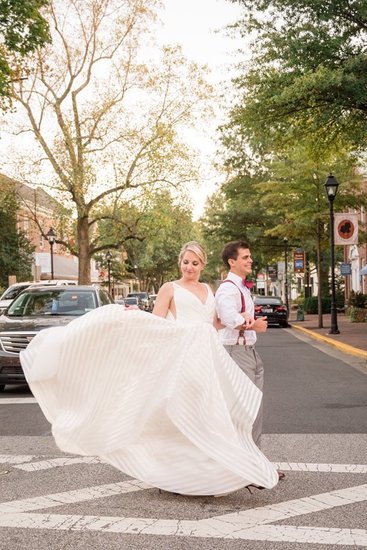 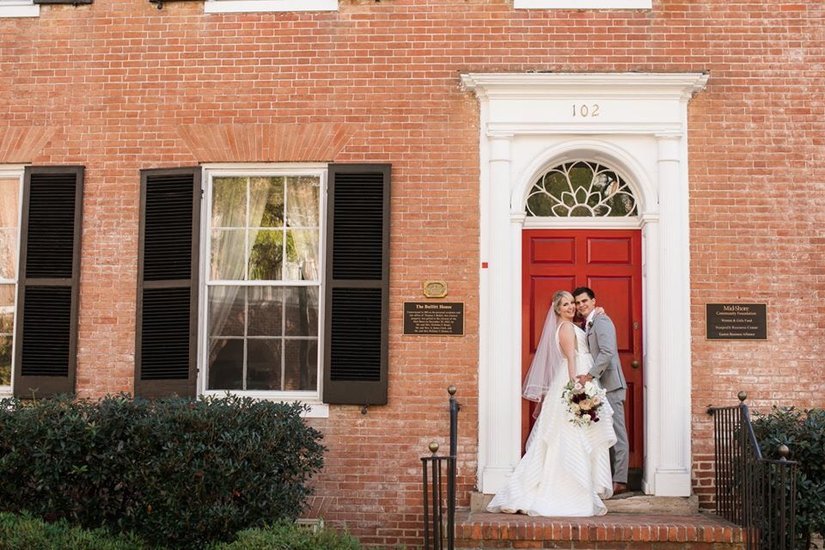 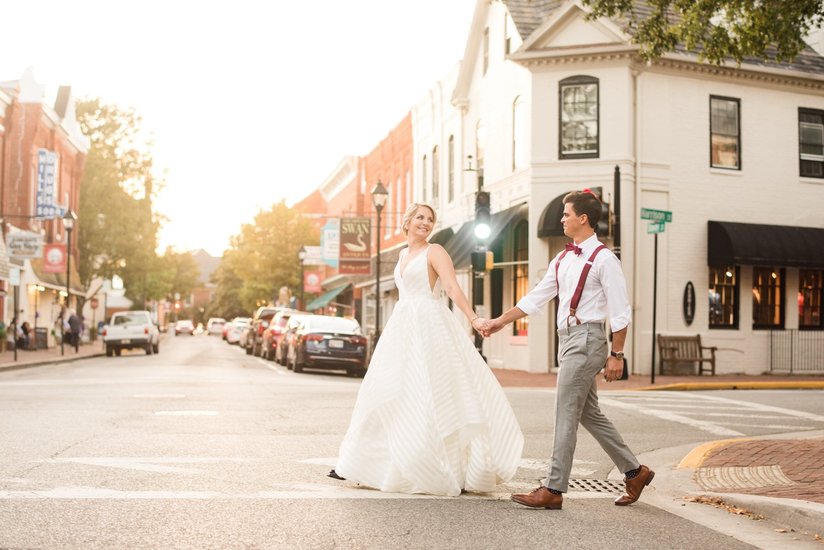 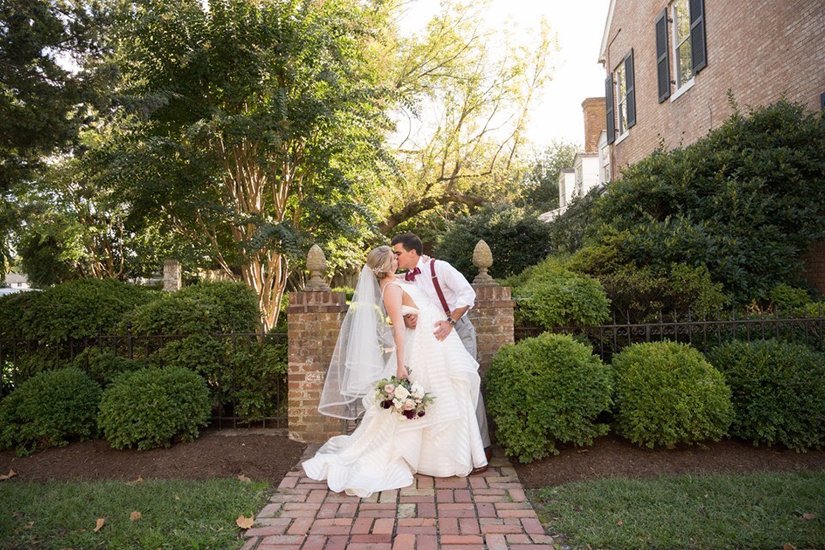